What a difference a day makes! We woke to rain at 6:30am which to be fair had been forecast if not unwelcome. We packed the bike and then drove the rental car from the day before to have breakfast at the local Dome – can’t go wrong and good coffee.

We then kicked our heels for about half an hour to see if it would stop raining which it didn’t so decided we’d drop the rental car and go.

As is our norm in small towns we headed out the wrong way, turned around, found the road to Denmark and headed into the wind and the rain. Pretty miserable but nice enough farmland which was very green. No surprises why!

We passed through Denmark where we had spent the previous day off the bike finding it hard to reconcile the contrasting conditions. 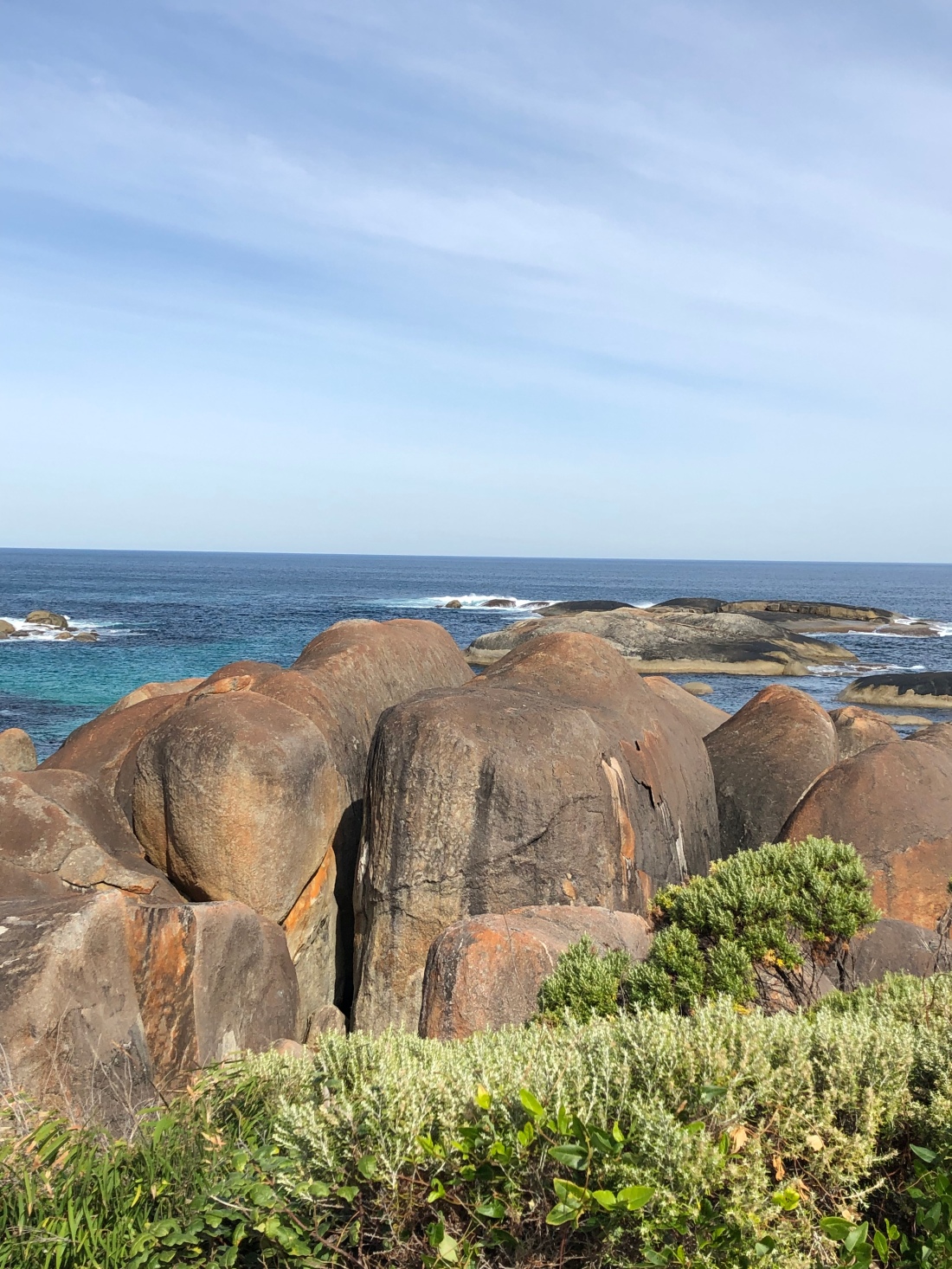 Elephant Rocks from the previous day

We then headed to Walpole passing through forests with ever larger trees – I presume mostly Karri and Jarrah. Most impressive as they lined the road with the occasional old warrior that had survived historic battles with drought, storms and strong winds. Despite losing limbs along the way, standing resolute for the next onslaught – channeling Monty Python’s Dark Knight. 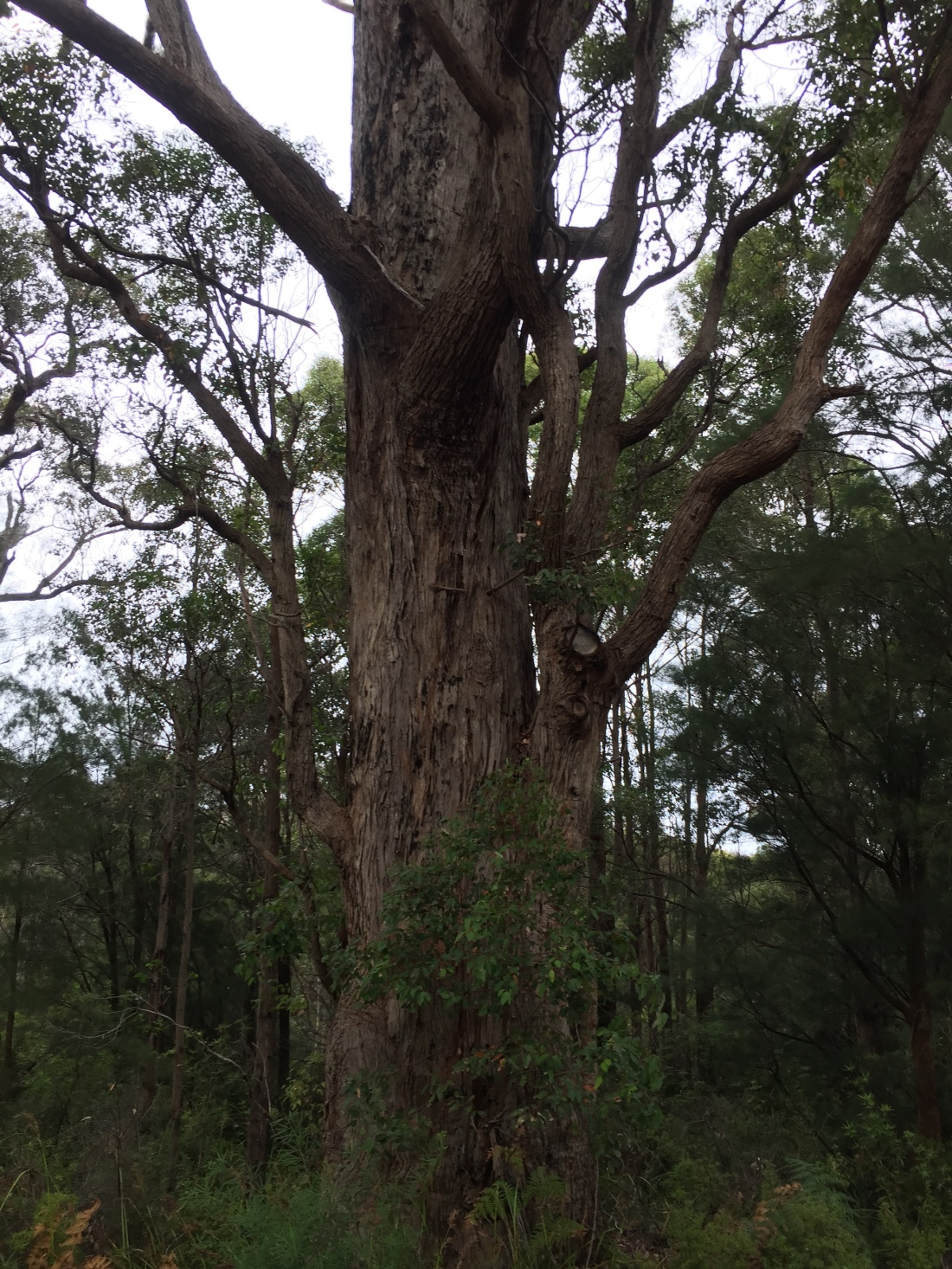 We got to Walpole after passing the entrance to Valley of the Giants with the rain convincing us there would be another occasion to see them.

We had coffee and filled the bike with petrol and then headed to Pemberton. The countryside changed from forest to open paddocks and occasional vineyards. The weather was about as varied: fine, pouring with rain and very windy.

We had an early lunch at Pemberton, filled the bike again and headed straight through town, as seemed appropriate to Nannup. Trouble was we got to SH 1 after 17kms which was not where we wanted to be. We decided to go to Manjimup and then head down to Nannup and across to Augusta.

By this stage a dark brooding silence was enveloping the bike from the region of the pillion passenger who was getting cold. The weather was ghastly. Cold, showery and with strong winds buffeting the bike.

The last 30kms was particularly testing. As we got closer to the coast the wind got stronger and passing through the smoke of a recent hazard reduction burn provided a particular treat.

Despite being on the main road the Reception for the apartments proved rather more difficult to find being at the local hotel – of course. Once we’d checked in, hot showers and warming cups of tea were had and life began to return!

Looking back at the mileage the 364km trip we had planned turned into a 454km trek! Bother! 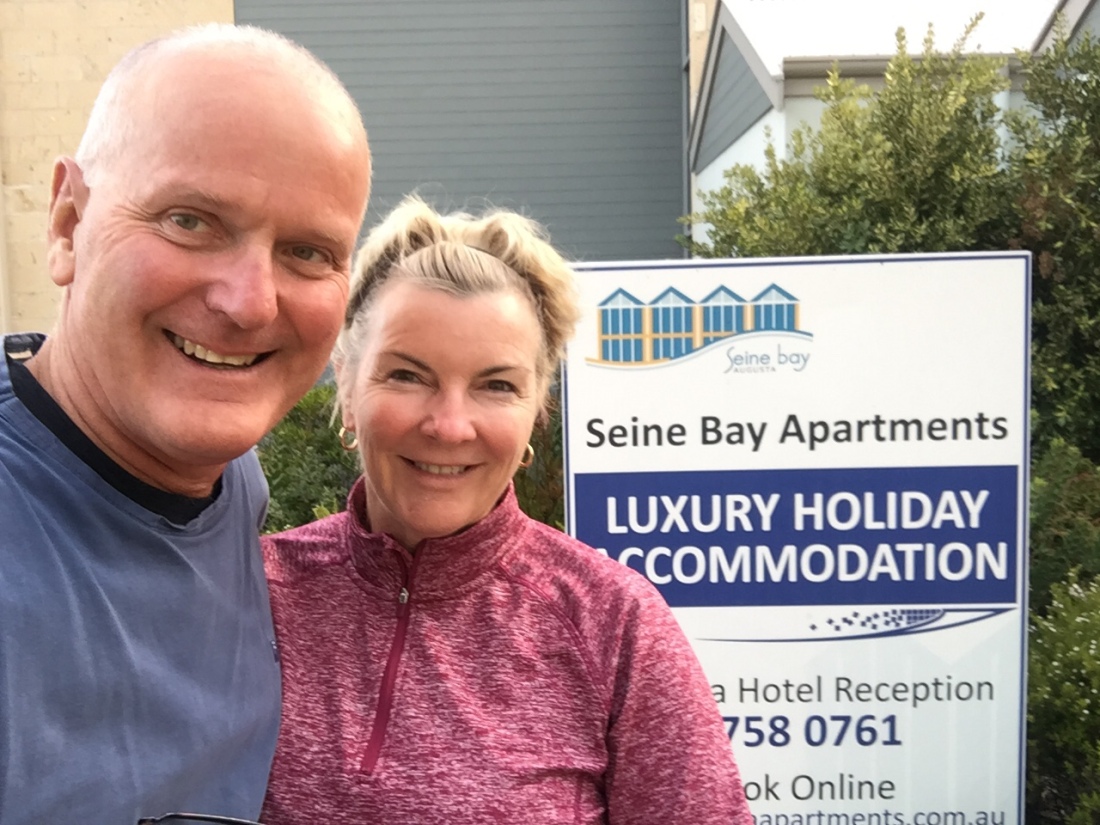