A gorgeous, but cold morning started with a walk to the end of Ceduna Pier a respectable breakfast and departure at about ten past eight. A certain amount of difficulty navigating the 3 parallel streets of Ceduna before we found the Eyre Highway and were on our way.

First town to pass through was Penong which has a lot of windmills! Apparently initially to extract water from the underlying basin but now more of a tourist attraction. I’m afraid I was in more of a ‘destination’ mode as opposed to Della’s ‘journey’ so we sped through without stopping. I’ve felt bad about that all day so cheated with the following photo which I picked up off google! 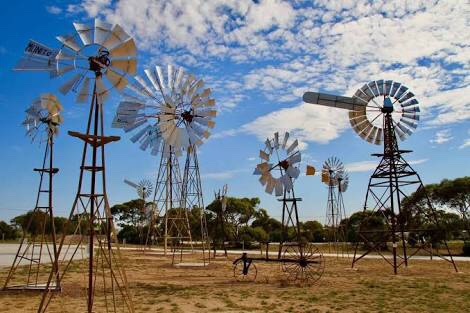 To be fair we did see some from the road ….

We then headed to Nundroo through ever harder looking country but still farmed for wheat on large tracks of land. Nundroo is a Roadhouse run by a young Indian couple with two cute kids but who were clearly drain challenged with both loos blocked. This was inconvenient but not insurmountable for boys and lead me to find that the local sandy soil was covered in small sea shells.

I see no sea 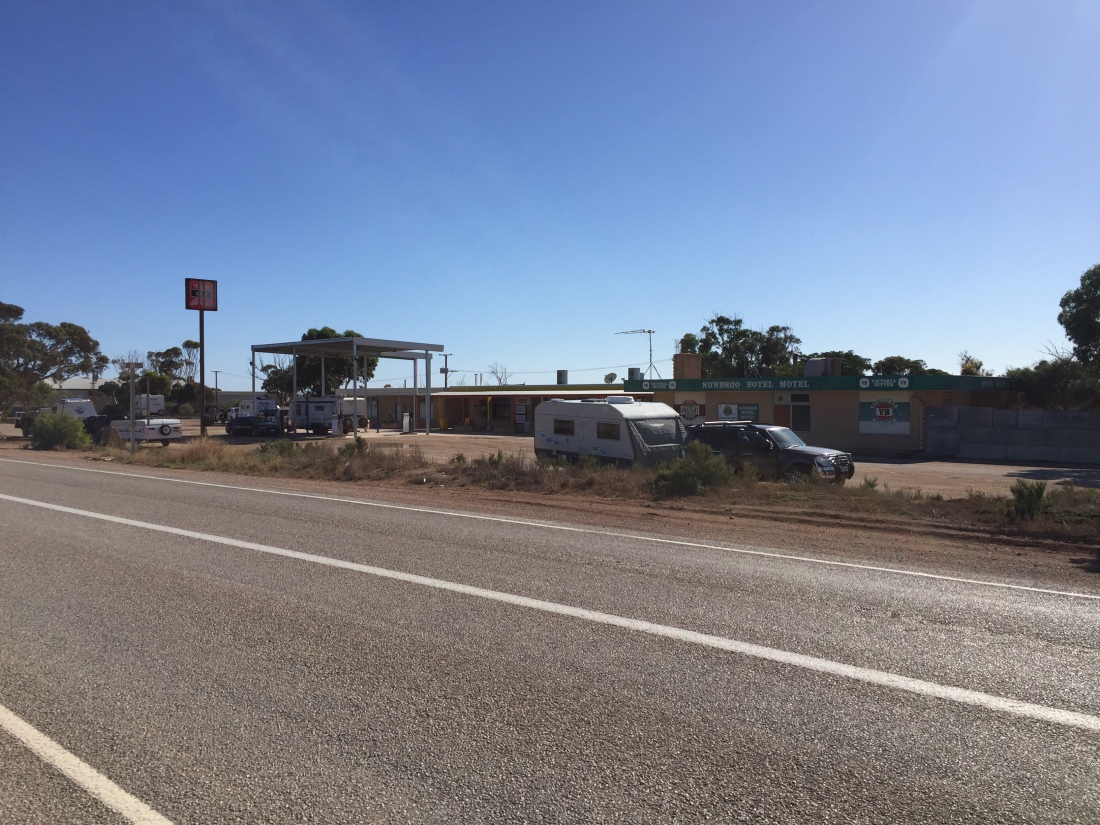 Leaving Nundroo we quickly left the farming country and went for some way through low woodland on very long straight roads with some hazards. 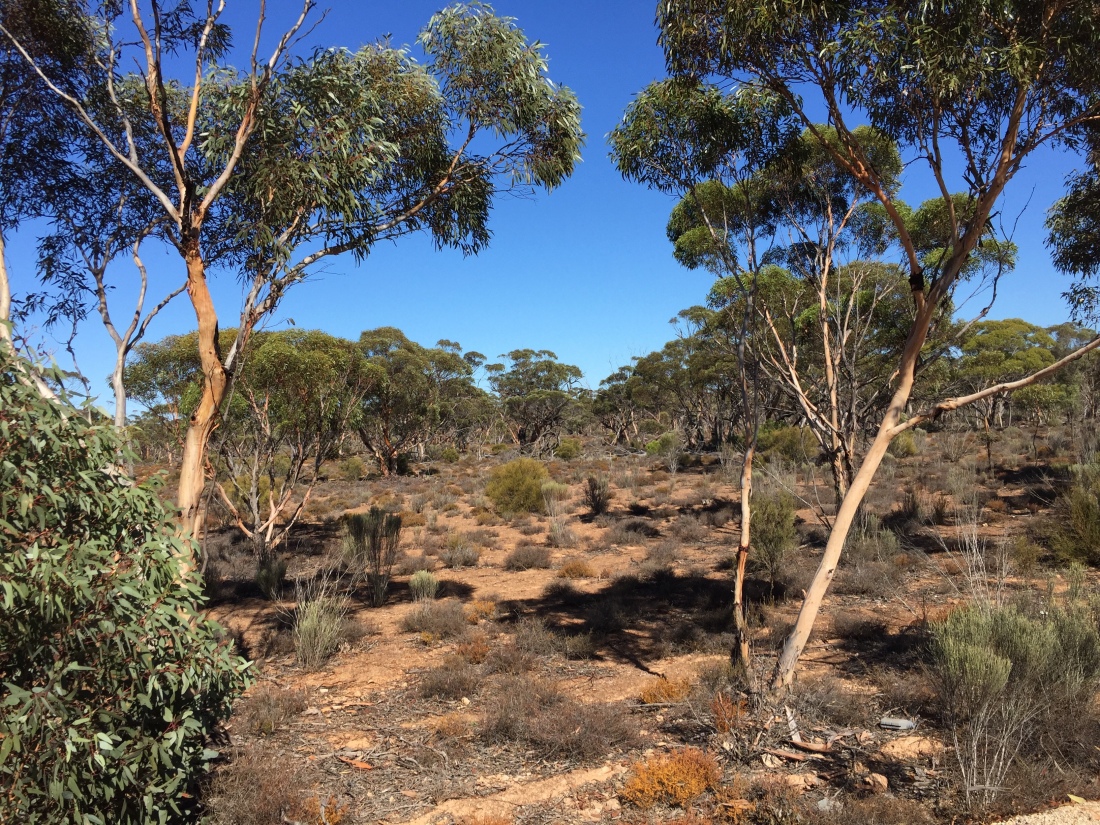 No saw logs in this lot

The surveyor wasn’t challenged by this alignment

After about 100kms the woodland rapidly ran out and before we knew it we were at the start of the Nullarbor – an incredible expanse of not very much. 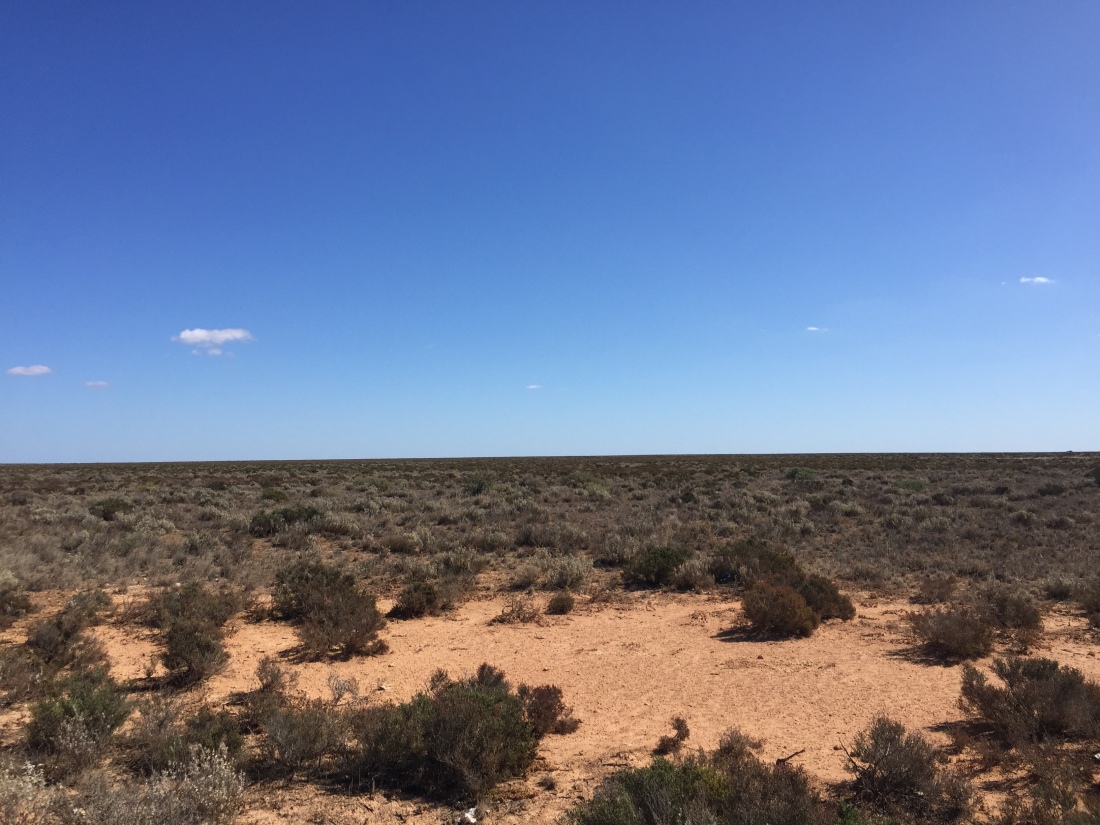 Nothing to see here

We then travelled for about another 80kms to the Nullarbor Roadhouse. About 12kms before the roadhouse there was a turn off to the Head of the Bight which was 12kms off the road and coincidentally 12kms from the loos at the roadhouse – given the malfunctioning facilities at Nundroo the loos won. These facilities however were not without their own challenges.

I have no idea what they are doing in the ladies

According to the young German Petrol Station Attendant these warnings were not without merit as his girlfriend had recently gone for a shower only to be beaten to the hot water by a brown snake.

We avoided the bar and had a light lunch of cheese tomato and ham toastie, a very good cup of coffee and some conversations with people getting the most out of life and we were on our way again.

I wonder if the snakes go in the bar too?

We then started to ride more seriously to get to Eucla before 4:00pm when the roos start waking up. We did stop at three scenic viewing spots where the views at nothing short of breathtaking.

Where the Nullarbor meets the sea – The Great Australian Bight

The final act of the day was to pass through the West Australian Quarantine Inspection Check Point. Felt like an episode of Border Protection with a throw a way ‘are you serious?’ requiring a pannier to be taken off the bike and opened, ditto the squishy bag and the top box.

Finally though we made it to the Eucla Motor Hotel where it has to be said, albeit late in the day, that they serve a very good curry!

And that was the end of day 7.