Given only 300kms to travel and rain forecast early this morning on Adelaide we decided we’d leave late and try and avoid the worst of it.

We got away at 9:40am and headed out towards the A1 through the ubiquitous light industrial sites that could have been on the outskirts of any Australian city. We then passed through the market gardens which looked like they had seen better days. Apparently the original Italian farmers are selling up as the land is worth more for subdivisions and their kids are finding alternate careers in the city.

Once free of the Gardens the countryside is rather uninteresting, flat, scrubby with the occasional farm.

After about an hour we pulled into Port Wakefield. No water to see, just a bunch of petrol stations and roadside restaurants. We stopped for coffee and I took the opportunity to put the liner into my jacket and get out under gloves and a neck warmer. Della had sensibly done all this before we left Adelaide. I thought it would have warmed up but it hadn’t. In fact it was bloody cold!

We left Port Wakefield and headed north to Port Pirie through Lochiel, where people looked like they were searching for pippies on the sand flats and then past Snowtown. We hadn’t been able to watch half of the ghastly movie about the Snowtown murders so sped past that hamlet without a sideways look! As we got further north the farms became bigger with huge acreages of wheat judging by the stubble.

It was also about this point that the weather began to look threatening. We had, had a few sprinkles and were putting off the inevitability of stopping again to put on the as yet untried wet weather gear.

Tactics and a good roadside pull in dictated the timing. Despite being big, wet weather gear is not that easy to put on when you’ve already got three layers on and are feeling like the Michelin Man. Once it’s on though it has to be said its very stylish!

Turned out to be a very good call as it did rain on and off for the rest of the trip. Apart from keeping us dry the added layer further kept the wind out.

We got to Port Pirie, which is just off the highway, in time for a late lunch. Can’t go past Macca’s on a cold day – particularly when nothing else is open.

Port Pirie holds the distinction of being the sixth most populous town in South Australia with over 14,000 people living there. It’s a smelting town, lead, and grain rail hub. Amazingly in this day and age many people in the town have elevated lead levels in their blood and there are other unspecified environmental affects. The town is running the 10byten program with a target of having 95% of the children in town meeting the national goal of 10 micrograms of lead per deciliter of their blood. You couldn’t make this stuff up! 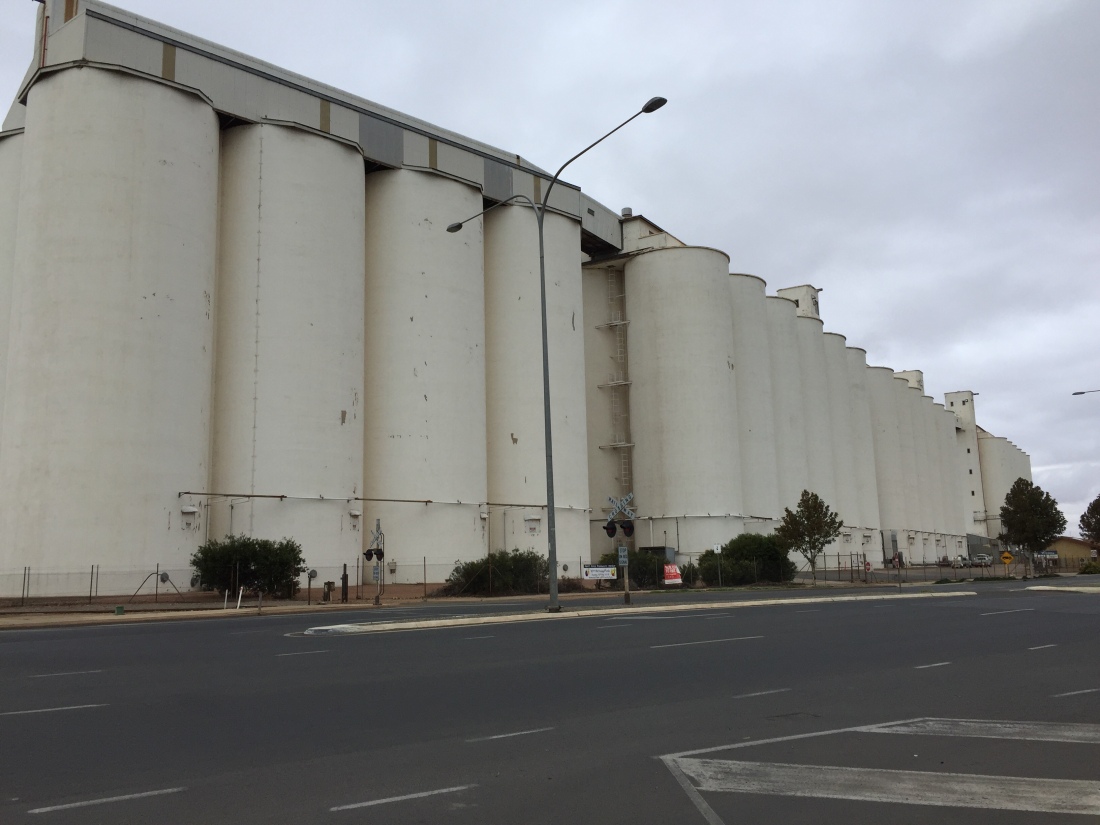 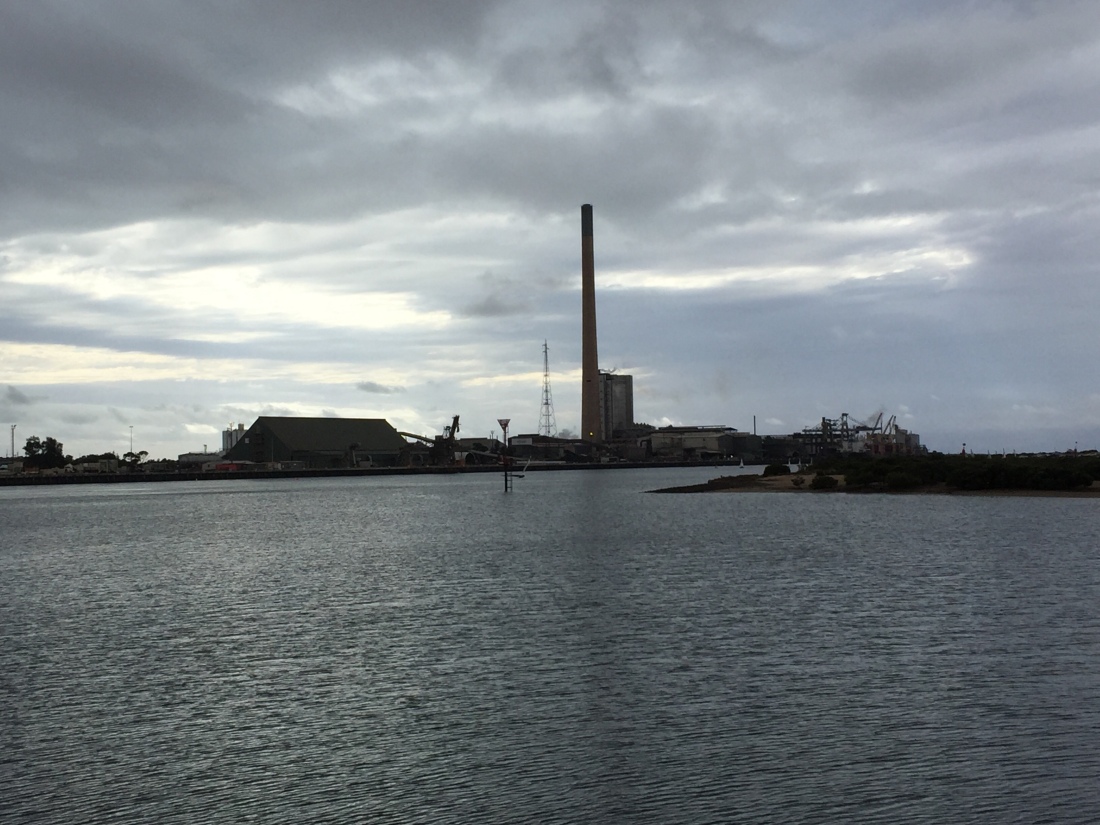 I can’t say we were sorry to get back on the highway particularly as we couldn’t find our way out of town. I blame the poor state of South Australia’s road signage!

We had one more stop to look at the view of the cloud topped Mount Remarkable National Park and found our way into Port Augusta.

Port Augusta has the largest solar electricity generator in Australia and a very large Coles hydroponic farm that runs off heat from sunlight reflected off 23,000 mirrors and desalinated water. apparently it provides their stores with salads nationwide

We checked into the Oasis Apartments and Della directed me to ramp up the kerb to park outside our unit. Front wheel went up fine, back wheel skidded, bike lent over, I cursed, couldn’t hold it up. Bother!!! Fortunately no damage done to me or the bike, just my ego.

Only other point of note is the security fence and gate at our accommodation.

And that was the end of day 5